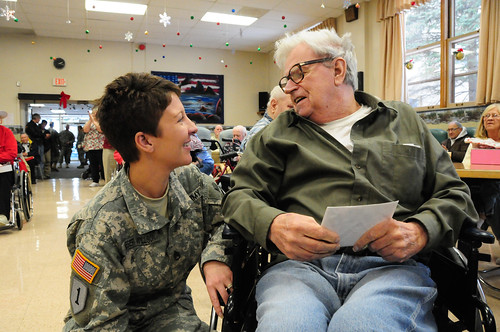 As we age, it becomes all too easy to slowly draw ourselves inward. I’m sure for a lot of individuals it’s a habit that is not even recognized. But here’s a twist: If you want to live longer, live healthier and maintain a high level of overall body/mind maintenance, don’t cut back on social interaction! In other words talk to people and mingle! New research shows that a lack of social interaction shortens our lives! What fun is that? Better to get up and get out!

The old school train-of-thought was that there is a difference between being alone as opposed to feeling lonely. Guess what? That kind of research is way off kilter. Studies have shown that lack of social interaction is a killer even in people who like being alone. In more than 70 controlled studies social isolation or loneliness was found to cut lives short just as obesity does.

According an article published in Proceedings of the National Academy of Sciences of the United States of America (PNAS), “social isolation and loneliness were associated with increased mortality.” PNAS points out that the jury is out however on “whether these effects are independent or if loneliness represents the emotional pathway through which social isolation impairs health.”  In particular, the focus of the research was to “assess the extent to which the association between social isolation and mortality is mediated by loneliness.”

Nearly 6,500 men and women aged 52 and older took part in the English Longitudinal Study of Ageing to assess social isolation in terms of contact with family and friends and participation in civic organizations. Ultimately, although both isolation and loneliness impair quality of life and well-being, efforts to reduce [social] isolation are likely to be more relevant to mortality.

And lest you think that social interaction means spending more time on Facebook and Twitter, think again. We’re talking about being in actual physical contact. Studies show that social media has the reverse effect of physical interaction: Sure you feel like you are “talking” to someone but you’re still stuck behind your laptop or iPad and that means you are alone!

But it doesn’t stop there. Case in point: According to an article on realclearscience.com, a  recent study carried out at Brigham Young University found “that spending significant periods of time by yourself and/or prolonged feelings of loneliness are more dangerous to your health than being obese, and equally as damaging as smoking 15 cigarettes a day.”

The study, points out byu.edu, analyzed the data collected from 3 million participants from a variety of health studies, focusing on reports of loneliness, social isolation and living alone. “The data revealed that a lack of social connections correlated with an increased risk to health, whereas having positive relationships appeared beneficial to one’s health and well-being.”

In fact, co-author of the BYU study, Tim Smith, stated that the risk of an actual “loneliness epidemic” is a very real threat in the future.

The solution? Participate in life! Whether it’s taking part in classes at an adult community center, the YMCA or volunteering, the involvement of social interaction will add years to your life!

Holiday visit by The U.S. Army is licensed under CC BY 4.0

This article is made available for general, entertainment and educational purposes only. The opinions expressed herein do not necessarily reflect those of The Joint Corp (or its franchisees and affiliates). You should always seek the advice of a licensed healthcare professional.

Includes:
Consultation, Exam
and Adjustment
Includes:
Consultation, Exam
and Adjustment
Offer value: $29. See clinic for chiropractor(s)’ name and license info. Clinics managed and/or owned by franchisee or Prof. Corps. Restrictions may apply to Medicare eligible patients. Individual results may vary. IF YOU DECIDE TO PURCHASE ADDITIONAL TREATMENT, YOU HAVE THE LEGAL RIGHT TO CHANGE YOUR MIND WITHIN THREE DAYS AND RECEIVE A REFUND. (N.C. Gen. Stat. 90-154.1)
single.php