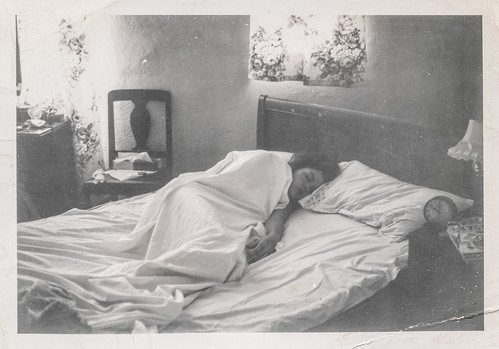 Some of the best sleep I’ve ever had was also the briefest: I was working late — really late as a matter of fact — and by the time I finally crawled beneath the sheets it was past 2 a.m. I had to get up at 6 a.m., and I tell you, that four hours was the most intense sack time ever. I woke up completely refreshed. I’ve tried replicating that several times and it’s never the same. It’s not just a matter of going to bed late. Plenty of factors weigh in on a good night’s sleep: Stress, appetite and the mattress you sleep on.

One of the most important aspects of getting a good night’s sleep is to be in touch with your inner you. By that I mean understanding your body’s sleep patterns or sleep-wake cycle. We’re all different so it’s crucial to maintain a regular sleep schedule. For starters, going to bed and getting up at the same time each day will do wonders for your ability to sleep soundly. If your sleep patterns are all over the map, like one day you turn in late, the next early, the following day you pull an all-nighter, you are going to feel like you’ve been kicked around. I’ve been kicked around a few times and it is not a good feeling.

Melatonin, confirms HelpGuide.org, “is a naturally occurring hormone controlled by light exposure that helps regulate your sleep-wake cycle.” Your brain actually expels melatonin when it is dark (which makes you want to sleep) and less melatonin when it is sunny out (which makes you more alert). So what is the solution? Try working in as much natural light as possible during the day and in the evening stay away from late-night television, excessive under-the-lights-reading, and when you do sleep make sure it is dark in the room.

Exercise Has its Place

Studies show that individuals who get regular exercise will sleep better and feel less sleepy during the day. A consistent exercise regimen also improves the symptoms of insomnia and sleep apnea and increases the amount of time you spend in the deep, restorative stages of sleep.

So where are we going with this? The more vigorously you exercise, the more powerful the sleep benefits! But even a little bit of exercise is better than nothing at all. Even light exercise such as walking for just 10 minutes a day will improve the quality of your sleep.

A Few Words About Diet

What’s on your plate, how much you eat and when you wolf down that meal all play into the quality of sleep you get. A few tips courtesy of PsychologyToday.com include cutting down on caffeine. Studies have shown that coffee can keep its potency up to 10 hours after you drink it. Well, no wonder you are tossing and turning. Consider cutting back on that cup of Joe after you eat lunch and limit your intake as the afternoon/evening goes on.

Conversely, big meals at night won’t win you any awards either. Your best bet is to try to have dinner earlier rather than later and avoid heavy, rich foods within two hours of bed.

A good’s night sleep is not rocket science. It does apparently require a bit of common sense.

Woman sleeping in her bed by simpleinsomnia is licensed under CC BY 4.0

This article is made available for general, entertainment and educational purposes only. The opinions expressed herein do not necessarily reflect those of The Joint Corp (or its franchisees and affiliates). You should always seek the advice of a licensed healthcare professional.

Includes:
Consultation, Exam
and Adjustment
Includes:
Consultation, Exam
and Adjustment
Offer valued at $39. Valid for new patients only. See clinic for chiropractor(s)’ name and license info. Clinics managed and/or owned by franchisee or Prof. Corps. Restrictions may apply to Medicare eligible patients. Individual results may vary. IF YOU DECIDE TO PURCHASE ADDITIONAL TREATMENT, YOU HAVE THE LEGAL RIGHT TO CHANGE YOUR MIND WITHIN THREE DAYS AND RECEIVE A REFUND. (N.C. Gen. Stat. 90-154.1).
single.php